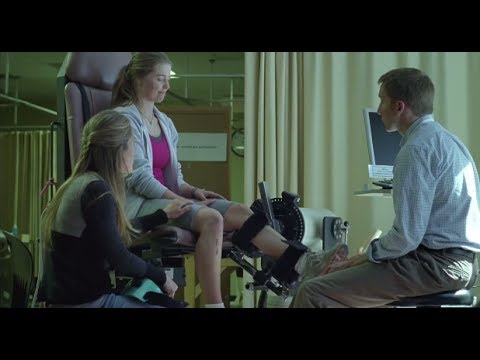 “Historians and archaeologists will one day discover that the ads of our time are the richest and most faithful daily reflections any society ever made of its whole range of activities.”
–Marshall McLuhan

In 1999, as the 20th century came to a close, the Ad Age staff set out to examine all the ways in which advertising has entertained, moved and motivated us over the years. We decided to rank the 100 best campaigns of the century, in a special issue, to celebrate their creativity and impact.

Now, Advertising Age is updating this list with 15 of the best ad campaigns of the 21st Century. In the last 15 years, advertising and marketing, and the media it used to get out its messages, has experienced an incredible upheaval as digital media and interactivity changed the dynamics of how consumers see and pay attention brand messages.

Control shifted from marketers and traditional media timing their messages and forcing consumers to see ads as a trade-off for the content they wanted to see to the consumer wielding remote control and computer mouse. Traditional media found itself scrambling to stay relevant as digital media wreaked havoc with the guarantee that consumers were likely to see ad messages. Expensive journalism distributed free online amassed audience but not ad dollars and wiped out a whole generation of magazines and newspapers, while DVRs, podcasts, streaming video services like Netflix and Hulu challenged TV and radio models. Out of this massive shift, marketers and agencies got very innovative in turning these new tools to their advantage.

Several of these winning campaigns are on this list because they led the way in thinking about how to use these new tools effectively and entertainingly. Some of these ad campaigns are here because they changed the way consumers thought about the world around them and some are examples of great solid marketing built on spot-on insights and beautifully, perfectly executed.

Advertising Age tapped the expertise of leading creators and marketers to derive this list of 15. We asked our judges to consider three criteria, the same three questions that were used for the original Top 100 Ad Campaigns of the 20th Century:

Was it a watershed ad or campaign, discernibly changing the culture of advertising or the popular culture as a whole?
If it itself was credited with creating a category, or if by its efforts a brand became entrenched in its category as No. 1.
Was it simply unforgettable?
We gave the judges a list of 50 nominees from which to vote on their top 15 and then rank them. These winning campaigns are those that got the most judges’ votes to be on the list, and ranked the highest. Ad Age Members were also asked to weigh in on their picks, and you can see the results of that poll here.

One of the judges, Greg Hahn, CCO, BBDO New York, noted of the finalists, “Looking at this list you can see what these executions have in common. They all have a strong voice, a POV, and a client that was willing to go outside of the tried and true. These all broke through because they broke out of the norm. They remain as standouts because they were inherently right for the brand. There are a million logical reasons why each of these shouldn’t have worked. Thank God the right people ignored all of them.”

Procter & Gamble Co.’s “Thank You Mom” campaign had its beginnings not so much in strategy or creativity as in opportunity.

Toward the end of Chairman-CEO A.G. Lafley’s first term in 2009, P&G learned that it had the chance to sign a sweeping sponsorship deal with the U.S. Olympic Committee for the 2010 Winter Games. Rival Johnson & Johnson had locked up much of the sponsorship opportunities in prior years. But P&G had to act fast, essentially making the decision over a weekend, as Kirk Perry, then P&G’s top North American marketing executive and now a top Google sales executive, recounted in a talk to P&G alumni in 2012.

He and former North America Group President Ed Shirley, a Gillette veteran and later CEO of Bacardi, ultimately got Mr. Lafley to sign on to the idea. The normally deliberative company made the decision in that weekend, and in less than a year the program was being implemented.

What was the common denominator for a host of brands that ranged from Pampers diapers to Bounty paper towels and Olay skincare? All had moms as their primary consumer target. And truth be told, J&J had an ad campaign for its Johnson’s Baby brand around a similar concept of showing appreciation to moms of U.S. athletes which ran during the Beijing 2008 Summer Games.

With time short to create a campaign, P&G Global Brand Building Officer Marc Pritchard put out a challenge to all of P&G’s agencies at a summit, and Wieden & Kennedy came back with the winning ideas, he said in a 2010 interview. That resulted in Wieden getting its first major assignment for the company since P&G gave it the Old Spice business four years earlier–handling the corporate brand’s first global effort behind its “Thank You Mom” campaign during the Vancouver Winter Games.

What’s followed has been a series of tear-jerking, award-winning ads in an ever-growing program that far outpaced what P&G—and possibly anyone else—has done around the Olympics, starting with an 18-brand effort P&G put together on relatively short notice for 2010.

After the hurry-up affair in 2010, what followed was a bigger global effort behind “Thank You Mom” during the 2012 London Olympics that added an incremental $500 million to P&G sales, by its own account. Besides creative awards, that campaign won P&G a Gold Effie and the top 2013 Advertising Research Foundation Ogilvy Award for a research effort that used response to Wieden’s viral videos to help dictate rotation and weight of the TV advertising. P&G research has shown the campaign consistently building the company’s brand awareness and equity scores.

By the 2014 Winter Games in Sochi, Russia, P&G clearly was blowing away all competition creatively and in public consciousness.

P&G and Wieden had the top four best-scoring ads for effectiveness from the 2014 games, according to the Ace Metrix online consumer tracking panel. And with more than 25 million YouTube views between Feb. 7 and 10, 2014, P&G had more than quadruple the number of the next six Olympic sponsors combined, including Visa and Samsung.

In terms of sales impact, the results have been more mixed. IRI data from Deutsche Bank showed P&G U.S. retail sales fell 1.7% vs. the prior year for the four weeks ended Aug. 12, 2012, worse than any of its competitors but one, Kimberly-Clark Corp., for the period right before and during the Olympics.

This year’s Sochi results were better for P&G in the U.S. Though P&G’s sales were down 0.2% for the four weeks ended Feb. 15 (including the first week of the Olympics) that compared with a 2.7% decline for household and personal-care products broadly. The following four weeks, reflecting the end of the Olympics, saw P&G’s sales rise 0.1% vs. a 0.2% increase for the industry.

By: Jack Neff
From: adage.com